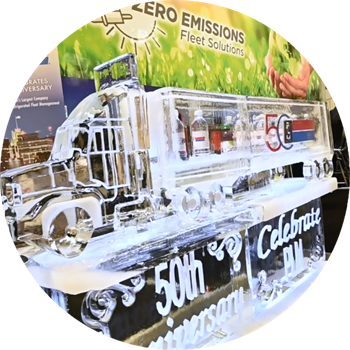 NEW RULES covering food transportation and distribution will begin to take effect starting in June. However, there is growing concern that many food transporters are completely unprepared to deal with these new rules.

Transporters will be impacted almost immediately by the new rules, which are part of the Food Safety Modernization Act (FSMA). The law makes the Food and Drug Administration a much more powerful agency.

Under the law, FDA now has the ability to focus on preventing food safety problems rather than just responding to contaminations. The agency was given new enforcement authorities to achieve higher rates of compliance with prevention. Some would even say the agency was given unprecedented policing powers under FSMA.

Congressional action on food transport safety was debated in the 1990s, but little progress was made. Then in 2005, Congress passed broader legislation calling for more regulation of food safety and giving FDA the primary enforcement responsibility. However, the legislation ignored transportation.

Finally, during the last days of the Democrat controlled House of Representatives in 2010, Congress called for and passed more sweeping legislation that also mandated new regulations for food transport safety.

Next come the regulations for the Sanitary Transportation of Human and Animal Food (STF) on March 31, 2016 and protection against intentional adulteration on May 31, 2016.

“These rules will impact all of the parties in the food supply chain--shippers, receivers, and transporters,” Brecht said. “Compliance requirements cover temperature management, control, and accuracy. Companies must fully disclose their temperature records. FDA officials haves suggested that food out of temperature could be called adulterated, which means it can’t be sold.”

Carriers must develop and implement procedures that describe how they will comply with provisions for temperature control and how they will provide this information to shippers and receivers. Drivers will need to be trained on temperature management and reporting requirements, and temperature records for each shipment must be retained for one full year.

Samson said this is probably the most comprehensive food transport rule ever imposed on the industry. “Carriers need to plan ahead, and they must develop a solid understanding of the temperature monitoring and maintenance requirements,” he said. “Invest in technology to ensure accurate record keeping.”

Brecht said temperature monitoring accuracy will be critical for temperature-controlled shipments. “We could see increased claims right away due to inconsistencies in temperature reporting,” he said. “We may see less flexibility for temperature variations. For instance, lettuce typically is transported at 32°F, but a two to three degree increase in transit won’t hurt the product. Shelf life may be shortened, but the lettuce is still safe to eat.”

Refrigerated fleets may be encouraged to make greater use of telematics for monitoring and communicating temperature data, according to Durm. In addition, the sort of temperature mapping used in the pharmaceutical industry may be required for food shipments in the future.

Food shippers must specify in writing to carriers the sanitary requirements for transport vehicles and temperature control systems for all shipments of “Time/Temperature Control for Safety Food” (TCS food). Food receivers must carry out loading and unloading operations under conditions that will prevent TCS food from reaching unsafe temperatures.

Equipment design is part of a big black hole in the food transport and distribution process, according to Brecht. “Many companies aren’t even aware of the transport requirements,” he said. “It’s just not on their radar.”

“Fleets need to spec refrigerated trailers that are easy to clean and are constructed of materials that can withstand cleaning chemicals,” Durm said. “Interior damage must be repaired quickly to prevent cleaning water from being absorbed by the insulation. When water gets into the insulation, a trailer can easily gain 1,000 to 2,500 pounds. This results in less thermal efficiency and makes the refrigeration unit work harder.”

Condensation inside a refrigerated trailer may get more attention, according to Brecht. FDA could rule that condensation makes the adulterated.

All of these factors will have a profound impact on the way food products are transported, and carriers and shippers need to talk to each other to minimize problems and misunderstandings. All of the parties in the food distribution chain need to be proactive in developing their own best practices for handling food shipments under the new regulations.

Speaking directly to carriers, Samson said: Don’t wait on shippers until 60 days before the regulations take effect to provide you with their transport requirements. Be proactive. Push your shippers to develop their requirements as far ahead of the deadline as possible. Play a role in developing those requirements.”  ♦